Food: If there’s one thing that Japanese and Peruvians have in common, it’s a love of high quality raw seafood – sashimi from Japan, and ceviche from Peru. So it makes sense that given the large number of Japanese immigrants living in Peru, some sort of fusion cuisine would sooner or later emerge from the melding of these two fish-loving cultures. Indeed, in has, in the form of Nikkei cuisine – mostly seafood dishes prepared using Japanese techniques and Peruvian ingredients. The Japanese had been immigrating to Peru since the late 1800s, and Nikkei cuisine has probably been around for about 100 years. There are a number of well-known Nikkei restaurants in Lima, and celebrity chefs like Nobu Matsuhisa and Albert Ferran have introduced Nikkei to the world. But it wasn’t until lately that it caught on in Asia.

The first and only Nikkei restaurant in Hong Kong, El Mercado presents fresh seafood from Japan innovatively seasoned to bring out the best of flavours and textures. This is a great place to come for cocktails and light bites, or to celebrate with a feast. You can order a variety of sushi, maki or ceviche dishes or grilled anticuchos – skewered, grilled meats or seafood served with potatoes in rocoto bell pepper sauce, which all come in small enough portions for sharing and sampling; or you can dive into heartier main courses like suckling pig, ribs or duck confit. 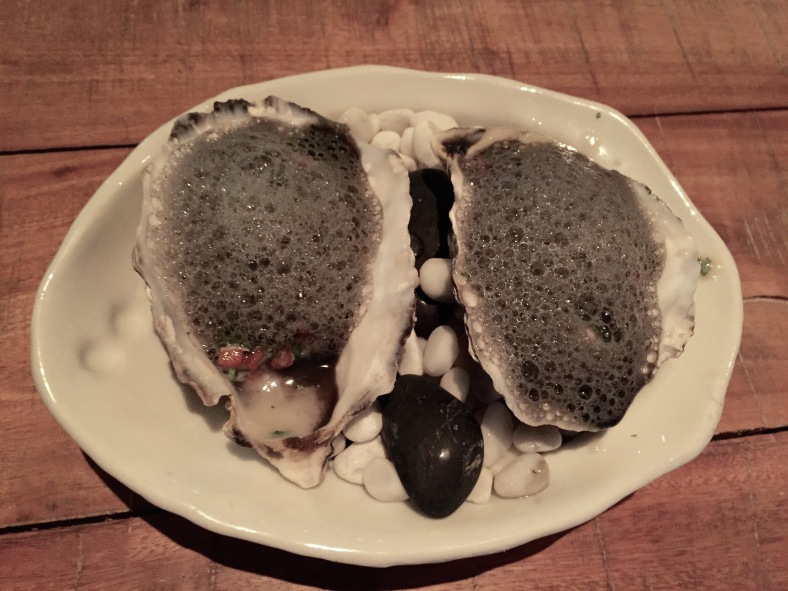 The light bites, sushi and makis on the first page of the menu such as the tuna tataki with avocado, orange and soy reduction, and ginger chimichurri are more heavily influenced by Japanese cuisine, while the second page, with the ceviches and anticuchos, leans more towards Latin America.

The dishes here are very unusual, with surprising ingredient combinations that work beautifully together. The Del Amazonas for example, a sushi morsel of seared flank steak, steamed rice with banana confit, quail egg and toarashi sounds like it could be over the top, but it melted in our mouths like a symphony.

Service: The staff here are very warm and friendly, and look like they’re having fun working here. 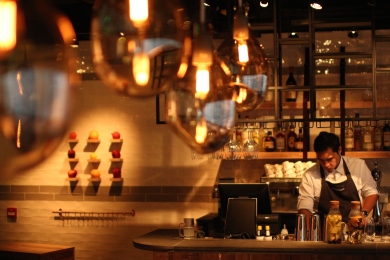 Must try: We were most impressed with the Ika ceviche – sea bass in leche de tigre (a citrus based Peruvian marinate) with sweet potatoes and crispy calamari rings, the decadent, 48-hour roasted suckling pig with apple sauce and marrow bone sauce, the smoky and flavourful octopus anticucho in panna chilli, and the Japanese oysters with leche de tigre and squid ink foam.

Ambience: Small, cosy and with low, soft lighting, El Mercado is a great spot for a date or an intimate dinner and tête-à-tête with a good friend. It’s casual and chilled out enough that you won’t feel uncomfortable if you showed up alone for a quick bite either. They also have a larger communal table that’s perfect for larger parties.